“Jamie and Katherine and the Margulies team did a phenomenal job of planning and executing the event. It’s a challenge to manage an event of this size but everything – from the early planning stages through to the last day – ran without a hitch. Everyone had a great time, we saw increased traffic in the store during the event and we got great media coverage. It couldn’t have been better.” – Adam Smith, owner, Calculated Risk Motorcycle Group

GO NOW TO
GO NOW TO

BACKGROUND: The MCG team assisted Adam Smith’s Texas Harley-Davidson with a ground-breaking for its new dealership in Bedford, as well as with press releases and media interviews regarding business announcements. We were thrilled to be tapped to execute a three-day grand opening event when the new dealership was completed.

OUR WORK/SOLUTIONS: The MCG team met with the Texas Harley team to get their vision and budget for the event and over several weeks, worked with vendors for estimates, site visits and samples of work. The MCG team handled all logistics for the event such as permitting, tenting, catering, parking, vendor contracts and budgeting, as well as writing and distributing press materials.

The first day of the grand-opening event included a non-traditional “chain-cutting” with the city’s mayor, city manager and city council members as well as performances by two local school groups, including a school drumline performance from the rafters of the building. The following two days included events such as combat-wounded veterans from the organization 22 Kill rappelling from the roof of the building; a motorcycle "drill team” demonstration by local Shriners; a professional fireworks show; and a line-up of more than 10 bands over the three-day period.

RESULTS: Several thousand guests attended the grand opening event and the client was very pleased with the increase in both motorcycle and retail sales during the three-day period. The client was also impressed with media coverage of the event from the Star-Telegram (which featured more than one story about the event), KTVT CBS 11, the Dallas Morning News, CW 33 and several of the dealership’s preferred trade publications. The MCG team also produced at video showcasing each day of the event. 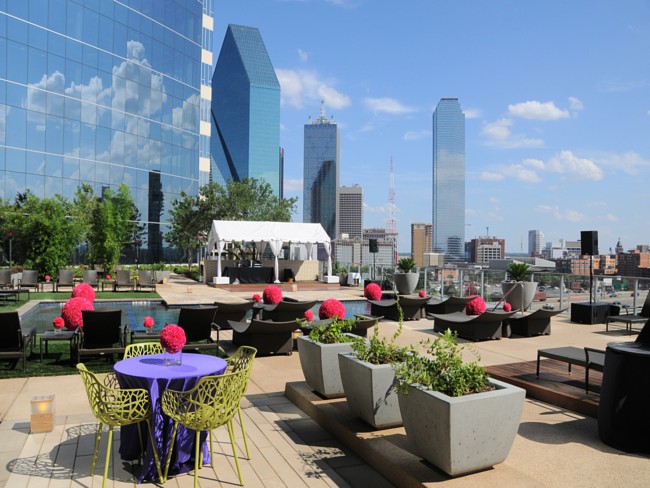 From grand openings that will have everyone talking to a visit from Santa that attracts thousands, the MCG special events team will make sure your event goes off without a hitch. We do all of the planning: securing vendors, musicians, caterers, event staff, props, entertainers, and yes—even synchronized swimmers!

Let the MCG events team plan your next event. We handle all of the details so you can enjoy the success of your party.